Wonders of the Ancient World Deluxe

The Wonders of the Ancient World was a DLC released on 11 August 2011 for Civilization V. It added three new wonders and a scenario.

Wonders of the Ancient Deluxe is an updated version of the scenario originally included in the WotAW DLC. It includes updated game mechanics, according to the changes made to the game since the original DLC's release, as well featuring new Civilizations, new Wonders, an expanded Technology Tree, and access to all Social Policy Branches.

The scenario is a contest between nine ancient civilizations to have the highest score when the thirteen available wonders are built. The wonders in the scenario are the Seven Wonders of the Ancient World: the Great Pyramid of Giza, the Hanging Gardens of Babylon, the Temple of Artemis at Ephesus, the Statue of Zeus at Olympia, the Mausoleum of Halicarnassus, the Colossus of Rhodes, and the Lighthouse of Alexandria; plus several additional wonders, the Oracle of Delphi, the Library of Alexandria, Abu Simbel, Dur-Sharrukin, Chogha Zanbil, and Solomon's Temple,

The pace of research and policy acquisition is slowed so players can "immerse [themselves] in this distant age." Cities cannot be razed, so wonders cannot be destroyed. For every wonder owned by a civ, they gain 500 victory points, but building a wonder grants the civ that built it 1,000 victory points. This means, if you build a wonder and prevent it from being taken over, you will get 1,500 victory points for it. Therefore, it is recommended that you should try to aggressively build the wonders, instead of trying to conquer them. However, you can still win by conquering all eight enemy capitals before all thirteen wonders are built, even if you don't have the highest score.[7]

You can play as one of ten civilizations in the scenario, five of which were present in the original scenario (Egypt, Persia, Greece, Sumer, and the Hittites) and five of which are added in the Deluxe version (Akkad, Assyria, Babylon, Minoa, and Israel). Some of the city lists have been changed in this scenario to better reflect their locations on the scenario's Historical map.

There are fifteen City-States in the scenario. They are:

In the Historical map, the city-states are located as close to their historical locations as possible.

The Nile River has been converted from River Tiles to Coast Tiles.

The scenario also uses four renamed Natural Wonders: Cappadocia (a reused Grand Mesa), Mount Ararat (a reused Mt. Kailash), Mount Olympus (a reused Rock of Gibraltar), and Mount Thera (a reused Krakatoa), and includes Mt. Sinai. They appear in their historic location in the Historical map. The randomized map uses some of the original Natural Wonders as well.

Resources not appropriate for the scenario have been removed. Peacocks and Tyrian Dyes have been added as new Mercantile resources.

Cultural Great People are not included in this scenario. Some buildings and policies have been updated to reflect this.

Some Social Policies, Beliefs, Buildings, Units, and Technologies have been adjusted for gameplay purposes. 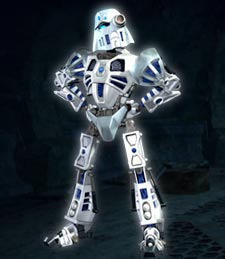